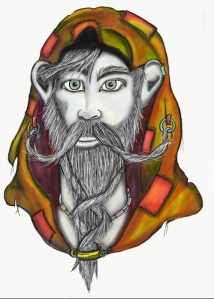 For centuries, historians have debated the true origin of elves. Generally, scholars agree they are ancient, mystical creatures, but until recently little else was known about elves. However, a journal, one of the first written accounts of elf characteristics, is now in my possession.

What makes me an elf-expert? Well, to be honest, I’m not. I’ve never actually met an elf. But my friend, Walter, knows all about them. In fact, he’s lived with the elves for many years. Walter documented his daily interactions with the elves in the journal mentioned previously. Below is text taken directly from walter’s journal:

Elves are very unique. They are often confused with Hobbits or trolls, but they are very different. Hobbits are stout, scruffy-looking creatures that are typically found in dense woodland areas. Trolls are smelly, broad-chested, lumbering creatures that tend to live underground. Both Hobbits and Trolls are considered solitary, undignified and often lazy beings. Elves, on the other hand, are very social. They live in large groups and are very fond of dancing and singing. They are mostly found in parts of the world with extremely cold climates. Elves are especially fond of snow and are expert skiers, sliders’ and ice sculptures.

Fact One: Size
In general, elves are considered small, but this term refers mainly to their height, which is typically less than three feet (36 inches). In all other aspects, they are similar to human. Some are fat, some are thin, some are a little taller, or shorter than the others.

Fact two: Energy
Elves are extremely energetic. They work (or play) nearly non-stop the entire day. This constant motion is not due to an ambitious will to get things done. Their blood, which is blue, contains ‘liquid energy’ that energizes them continuously. Due to this blood-energy, it is nearly impossible for elves to sleep more than twenty minutes at a time, instead of sleeping through the night, they take short power-naps throughout the day.

Fact three: Extreme Cleanliness
Elves are extremely clean. They have an aversion to dirt and wash their hands and face several times a day. It was once thought that elves smell like cinnamon, but that’s not the case. They make their own soap using milk, honey and cinnamon, this soap is the source of the lingering cinnamon scent.

Fact four: Clothes
Elves make their own clothes. Since they live in large groups with little storage space, they seldom own more than one or two sets of clothes at any time. Due to their excessive cleanliness they wash their clothes at the end of each day which tends to cause their clothes to fray and tear. Elves are adept at mending and maintain fabric. An elf is rarely seen in clothes that has less than four patches and at least one rip.

Fact five: Life Expectancy
Elves live longer than humans, almost twice as long. The average life expectancy of an elf is 190 years old. The oldest living elf is Denona, she is 218 years old.

Fact six: Attention Span
Elves have very short attention spans. They lose focus and move from one task to another several times a day.

Fact seven: Loyalty
Elves are among the most loyal companions on earth (second only to the dog breed – Golden Retriever). If you are lucky enough to befriend an elf you will, without doubt, have a true friend and confidant for life.

Fact nine: Hair Type
Elves have thick, wire-like head and facial hair. Although, Elves have a wide range of hair colors, the hair itself is very difficult to cut. Elves often weave their hair into long braids and wrap them around their heads to avoid the unpleasant tasks of cutting it.

Fact ten: Ear Size
Elves have extremely large ears that stick straight out from their heads. The size and positioning of their ears tend to amplify sound. Elves often wear large hats to cover their ears and minimize sound levels.

I'm the author you haven't heard of .... yet. View more posts