Everyone has the potential to be a hero. A hero is defined by their actions, regardless of their age, strength or abilities. This certainly is the case for Mr. Abernathy, who is one of the central characters in Walter and the Secret Keeper. 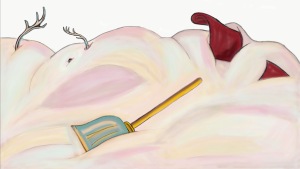 Mr. Abernathy is the crotchety, old man who lives in Walter’s town. You know the type, every town has one. The eighty year old man who like to yell at ‘disrespectful’ kids (which, by his standards is all of them).

Mr. Abernathy, however, is more than he appears to be. He has a secret that is revealed later in the story. On an exceptionally snowy Christmas Eve when Mr. Abernathy was a boy. He was awoken by the sound of a loud crash below his bedroom window. He ran outside to investigate. He discovered Santa’s sleigh landed on the roof of his house. The weight of the sleigh caused a section of snow-covered roof to slide off. Santa, the reindeer and the sleigh were buried beneath an avalanche of snow. With the help of a ‘special’ shovel he found, was able to dig them out. He and Santa Claus have been friends ever since. 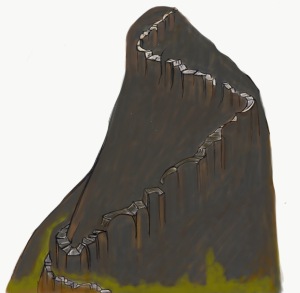 When Walter and his friends are trapped in the old coal mines, Mr. Abernathy, now eighty-two years old, is not deterred by his hunched back, and aging body. He boldly, but slowly, shuffles to the rescue.

I'm the author you haven't heard of .... yet. View more posts