We’ve all heard the statement ‘Truth is stranger than fiction’.   Some of the best fiction writing is based on true events or real characters.  The holiday related stories are no exception to this fact.  Below are a few of the ‘true’ legends told around the world.  The Secret Keeper Series does, or will, incorporate these stories and/or characters  into the plot lines.  As you’ll see, these truths are definitely stranger than fiction.

Befana, An ugly, but Kind old witch that delivers presents on the eve of Epiphany – 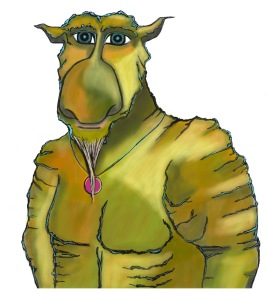 Ukraine
Spinata, the oldest and wisest spider, leads a group of spiders that set out during the night to cover the Christmas trees of poor people with spider webs. In the morning the sun shines through causing the web to look like silver and gold tinsel

Mexico
Legend: Two poor children left a bare bouquet of weedy branches. The other children laughed at their gift. The branches began to sprout clusters of red star-shaped flowers. The flowers became known as Flores de Noche Buena (Flowers of the Holy Night).

Norway
At Christmas people hide their brooms. People believe the witches search for brooms to be used for flying around. Hiding the broom will keep evil spirits out of the house.

Austria
Krampus is a nightmarish horned demon known as “Santa’s Enforcer” or “Holiday Devil. Krampus visits bad children and leaves Coal and Birch Twigs called “Ruten.” Ruten bundles cause pain and suffering.
Krolley is Krampus’s younger brother. Krolley was treated horribly by his brother, but instead of turning bad he is good and caring. 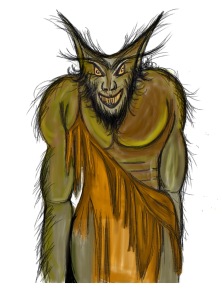 Iceland
Yule Lads – 13 troll brothers who live in a cave deep in the mountains. They are led by Gryla. Gryla eats bad children. They have a pet Yule Cat (Wildcat) he eats people who have not gotten new clothes for Christmas

Greece
Kallikantzaroi: Evil underground goblins that surface during the twelve days of Christmas to torment mortals. They like to enter homes through chimneys and doorways. Easily foiled – Leaving a colander outside the doorway will keep them from getting in. Burning stinky shoes will keep them from coming down the chimney.

France
Pere Fouettard – “Enforcer”
Legend: An innkeeper who killed three rich boys for the money they carried. He cooked them into stew. St Nicholas brought the boys back. Pere has been a servant ever-since

Iraq
Families gather with lighted candles to build a bonfire of thorn bushes. People sing as the bushes burn. If the thorns turn to ashes good-luck is granted for the next year. When the fire dies out, people jump over the ashes and get one wish. The bishop blesses one person with a touch. That person touches the person next to them until everyone has been blessed. 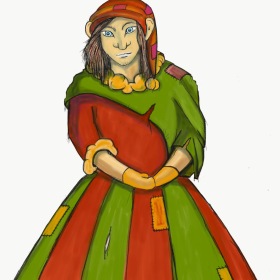 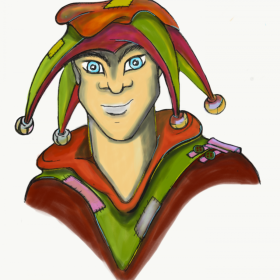 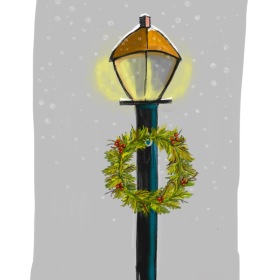 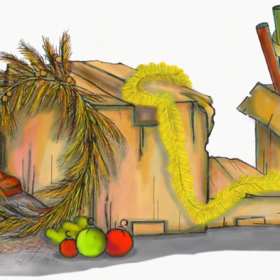 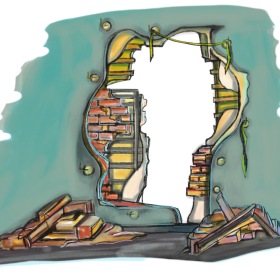